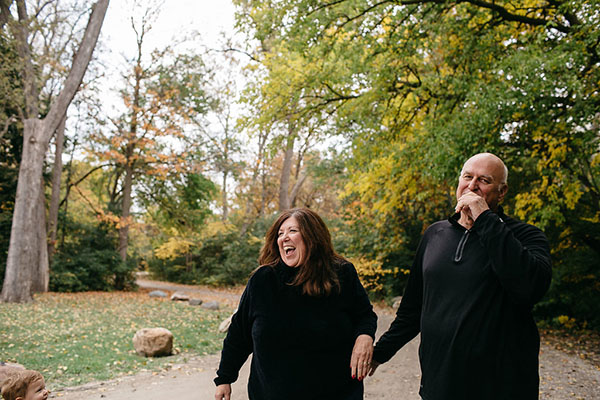 When Rick and I were first dating, I was nervous about it. We had met online and this was well before an app for swiping through potential mates was even invented. It was 1996, and it was the early days of internet dating using America Online. Because online dating was a completely new and bizarre concept, it was a scary proposition. Was it safe? Were all these men psychos, like the man from Missouri I had chatted with a month earlier, who one evening proclaimed that he wanted to “put his ex-wife back in the gutter where she belonged”? (This after telling me several different people had warned him that he had an anger problem.) I immediately ended the relationship with Mr. St. Louis and realized I had dodged a bullet that time.

The fact that Rick and I met at all still amazes me. It was about midnight and I was in an AOL chat room. I was using my new laptop, purchased using some of my inheritance from my grandmother, who had died the previous year. I was a nearly 40-year-old recent college grad with a teenaged son, and I could never have afforded that laptop on my own. I bought it with the idea of becoming a freelance writer, so it was a practical purchase, and I never dreamed I’d be using it to date.

My son and I had just moved to a small apartment, and I was working two part time jobs. One was as a secretary for a school system, but they had cut my hours in half due to budget cuts, so I went seeking an extra job using my brand new B.A. in English from the University of Michigan. Luckily, I found work as a part-time writer/editor in the evenings for an independently owned engineering training company. This is an important factor in how I met Rick five months later, at midnight on that fateful night, because it’s how he found me.

AOL users had the option of whether or not to create a profile. The night before I met Rick, I realized I had not entered one for myself. When anyone tried to message me, I would never consider chatting if I couldn’t get a glimpse of who that person was, so when I realized I was missing my own profile, I wrote one. The first words I used to describe myself were: writer/editor.

Rick saw that profile, and – being a writer/editor himself – messaged me. So, here are the slim odds that we met at all:

1. I have always been a night person, so being online at midnight was the perfect time for me, but Rick was a morning person, who very rarely stayed up past 10 pm in the entire course of our marriage. Yet he was up trolling the AOL chat rooms at midnight that night.
2. I had only the night before written a profile for myself, and only five months earlier had even become a “writer/editor” and Rick, a writer/editor himself, found me through that description. (His opening line in the chat window was actually, “I see you’re a writer/editor”… smooth, eh?)
3. My new profile said I was from Garden City, Michigan, which is where my new apartment was located. Rick was living in Eden Prairie, MN, but was from…Garden City, Michigan.

It was truly miraculous that we found each other. We compared notes, and were stunned to discover that he and I already knew of each other. I had befriended his ex-wife at school, knew his kids…and had even casually run into Rick a few times when he was still living in Garden City years before. That Rick Palmer! Small world!

So, after an hour of online chatting, we switched to phone conversation. We talked every evening for the next few days until a week later, when we met in person (he was in town for his son’s birthday). I knew on the first “in person” date, that he was the one. He even jokingly asked me to marry him at the restaurant, and admitted to me later in our relationship that he knew he was in love, too.

So, why was I nervous? Not because it was a man I met online, and not because we had to overcome the distance to keep up our relationship. No, I was nervous because – in only a few short weeks – I knew I was already very much in love, that I was no longer in control of my heart. At my age, relationships had come and gone, but I knew immediately that this one was different. I had found “the one,” and I knew if it didn’t work out, I would be devastated. I was frightened of being rejected. I was scared to death that my heart would be shattered if he left me.

I admitted this to my friend Alberta at work. I told her I was seriously thinking of not seeing him anymore! I was that much afraid of rejection. I was thinking about ending the relationship with the man I already loved to “save myself” from the heartache of losing him. Self-sabotage? Maybe. But I was running scared. I hadn’t had much luck in love, and escaping before it ended badly was my obviously foolish notion of how I could save myself from potential pain down the road.

I wasn’t a country music fan, and Bert asked me if I had ever heard a song called, “The Dance.” I hadn’t. She told me it described exactly what I was so afraid of. She said, “You might miss the pain, but then you’d have to miss the dance.”

I mulled that over a bit. Then, unbelievable as it may seem, something happened on our next date. Rick loved singing at karaoke bars. He had won numerous awards at bars all around the U.S. because he traveled a lot for work and sought out places to sing whenever he was in a strange town overnight. On our next date, he took me to a karaoke bar in town. I had never been to one before. Rick was called to the microphone and started singing, yup…you guessed it…The Dance.

My heart probably stopped. I’m not sure now, because it was so long ago. But how could it not? There was the man I loved, the man I was considering leaving because I was emotionally immature and scared and wanted to avoid the pain if it didn’t work out – there he was singing about how awful it would be to miss the dance. And I knew right then, that I would give my life to dance with that man forever, and how foolish I had been to consider missing that dance because – risk or no risk – that’s what life IS. It’s dancing and loving and living. It’s tossing fear aside to experience real life, real feelings, real love. Life is casting fears to the wind and experiencing whatever comes – good and bad. And life is taking a chance at love, no matter how that love might end.

And so we married, and we loved each other, and we experienced all that life threw at us for the next twenty years. We lived together through good times and through fears and failures and losses. We fought and we made up. We experienced years of joys and sorrows, births and deaths, sickness and health. We worked and played and traveled together. We renovated houses, started a business, created things. We spent holidays with our families, and vacations around the world. We laughed until our sides split and we sobbed together in each others’ arms. And we spent years and years and years dancing together through the vagaries of this thing called life.

And now it’s over.

And here it is, finally, the pain I wanted to avoid, the pain that I could never in my wildest dreams have imagined would be this devastating. The pain I could easily have missed if I’d cut and run to save myself in those first few months. And yes, as I feared, my heart has shattered into pieces.

But in the midst of that pain is a wealth of memories to cherish. And one of those memories takes place in a dive bar in Garden City, Michigan, in 1996, where I can still hear Rick singing, for the first time, the song he would ultimately sing – and that we would dance to – many many times throughout our marriage. And every time he sang that song, I knew. I knew that fear had almost robbed me of more than I could ever have hope and envisioned. And I was reminded once again that life is more than saving ourselves from pain and heartache. And every time I heard him sing those lyrics, my heart was full again and I held on tighter to the man I almost lost before we had even begun.

So, yes, I’m glad I didn’t know the way it all would end, and life IS better left to chance. I could have missed this horrific pain, but I would never have experienced our beautiful, fantastic, glorious dance. 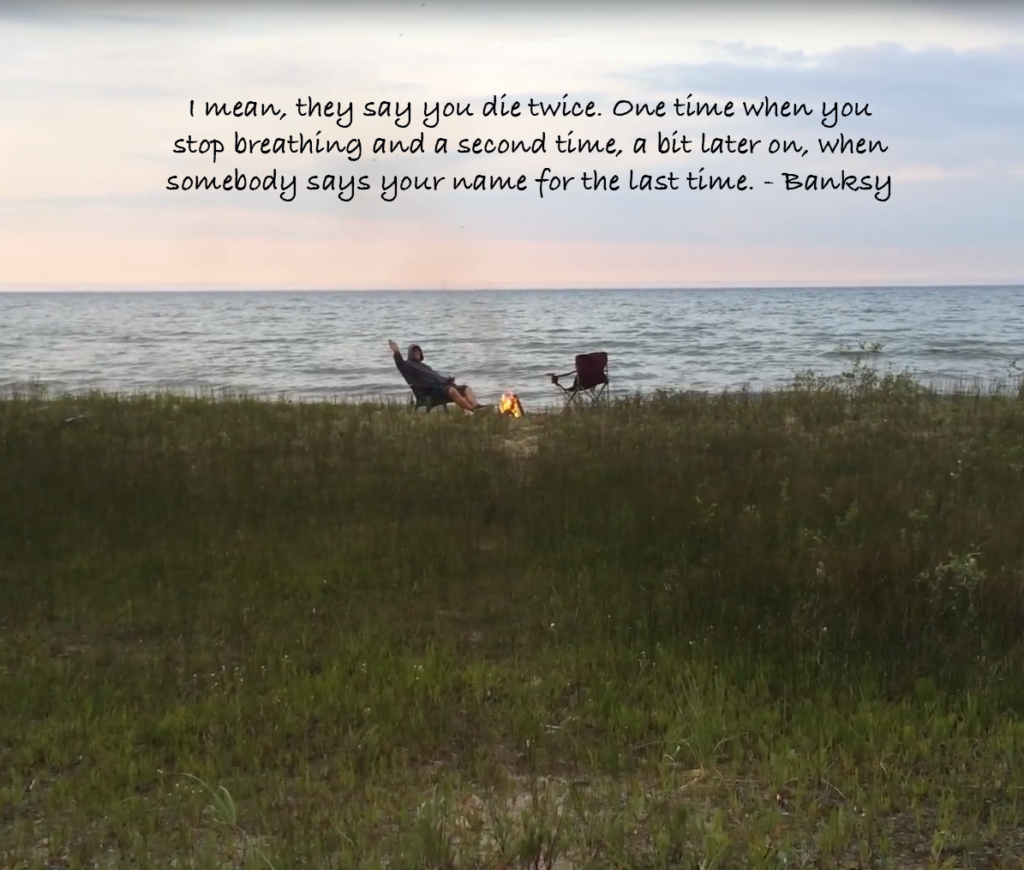 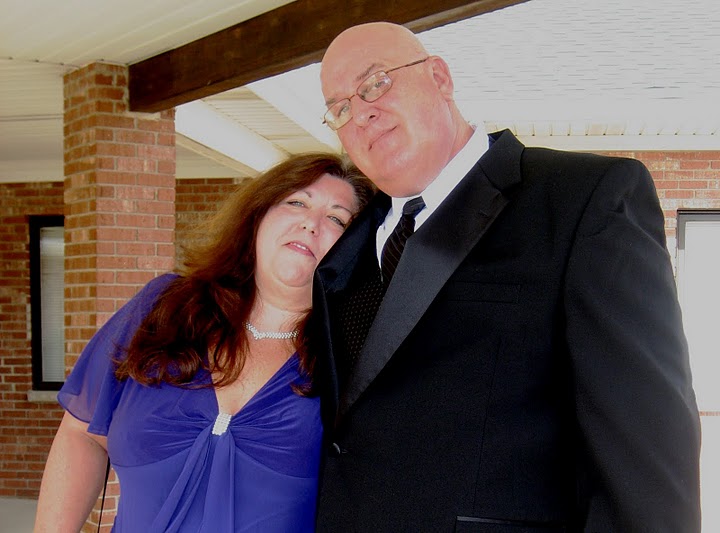