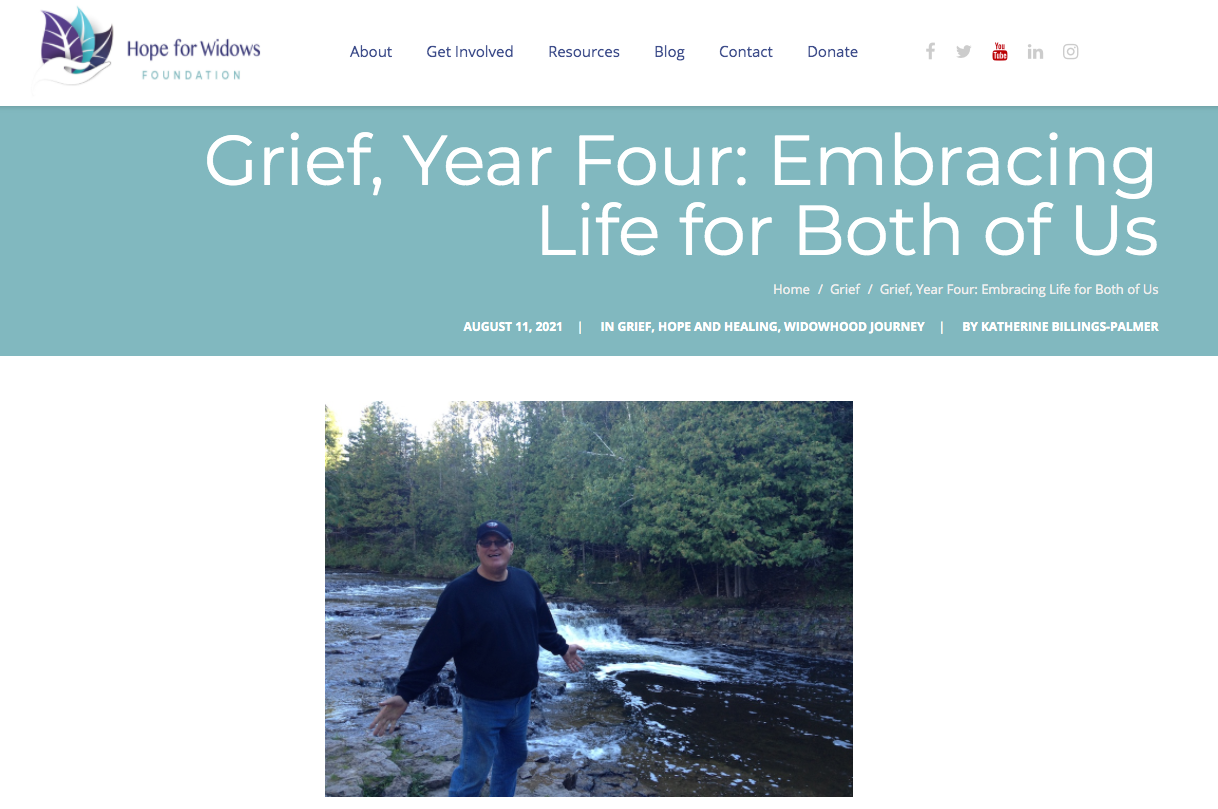 This past week, I was up at our cottage in northern Michigan, and I joined the family at nearby Ocqueoc Falls. Rick used to make fun of the falls. When I first took him there, he kept laughing as he watched the water cascading across the large stones, and finally he asked, “Well, where are the falls?” Two weeks later, he took me to Minnehaha Falls a few miles from his apartment in Minnesota. “Now THAT’S a waterfall,” he said. “The water flows vertically, not horizontally like your falls.” And that became a joke for years. Every time I’d mention taking someone to the falls, he’d make a quip about hoping we could find them, or some other snarky comment.

Rick didn’t like going up north with a gang of people. Instead, the two of us drove up alone for little honeymoon weekends. For us, it was visits to Mackinaw City, or the Soo Locks. Bicycle rides in the small town twenty miles away. Spending the day on the west coast of Michigan. But no matter how we spent our days, we always returned to the cottage for an evening of chicken or burgers cooked on the grill followed by a bonfire down by the lake as the sun went down.

On this trip, on my way to the falls to join the kids, I had one of those weird intrusive thoughts I sometimes get. The rocks in the falls are slippery and difficult to navigate and I’m 64 years old – or as the kids now jokingly call me “Brandon’s aging mom,” due to an offhand remark my son made the last time we were up here. When he first said it, I was not thrilled, to say the least. The kids all thought my reaction was hilarious, so I’m betting this moniker will stick. But the truth is, I’m not as nimble as I was when I was 20, and on the drive there, I began to have misgivings about plunging in with the youngsters. I thought, what if I slip and fall, and break a hip or something?

Four years ago this week, Rick died from complications of a broken hip. He was extremely sick from cancer, but it happened. And I thought, well, if I die, at my funeral, they’ll say something like, “She’s with Rick now. They’re together again, and happy.” Yes, I took the thought to those extremes….

Read the rest of the blog on the Hope for Widows website. 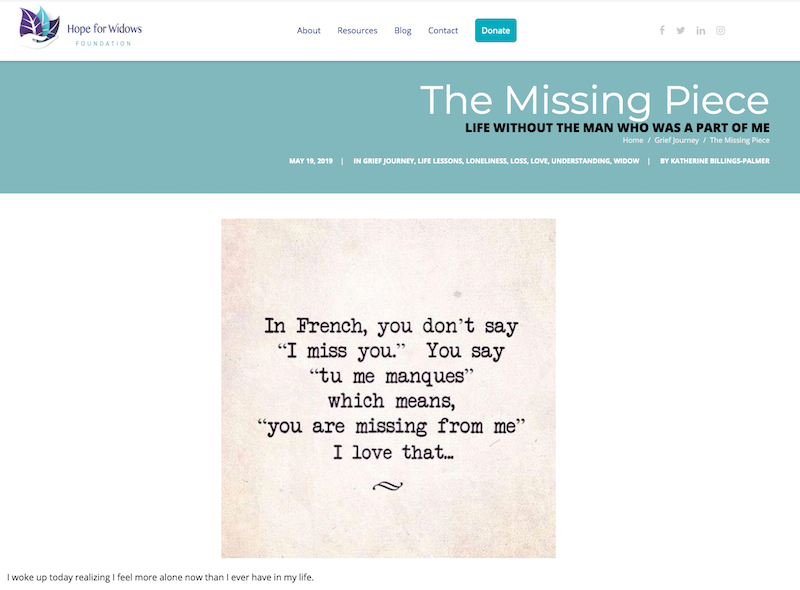 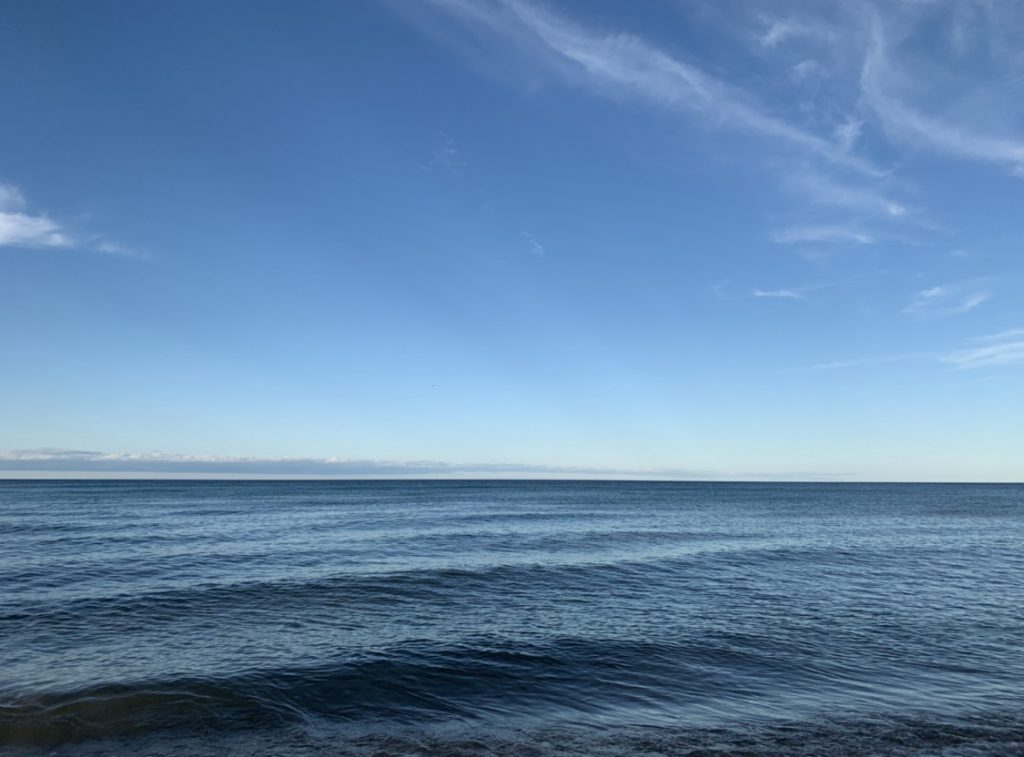