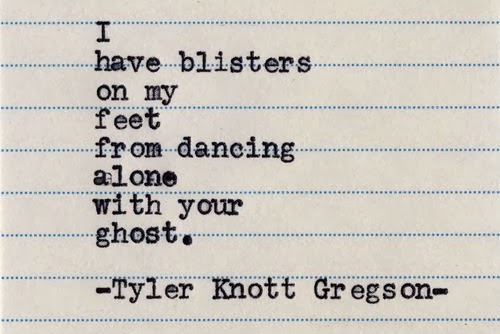 I’m a Game of Thrones fan and I’m also a lover of medieval-sounding music, so I really enjoyed the new song, “Jenny of Oldstones,” by Florence + the Machine on last night’s episode. I downloaded it today from Amazon music and was listening to it sitting out under the gazebo in the hour I have between getting off work and going to play trivia at the bar tonight.

So there I sat enjoying the beautiful sunny day and listening to the soothing mystical words of the ballad, lyrics about Jenny and her ghosts….

In the background as the music played, the windchimes overhead also rang melodiously, and the memorial chimes that hold some of Rick’s ashes became a haunting backdrop to the poignant lyrics.

The lyrics and the softly playing chimes took me back to the time when all I longed to do was dance with my ghost. Nothing in the real world after Rick died held as much joy as our remembered times together. I gathered all his material possessions into one place.  I hugged his worn old favorite shirts close to me, trying to detect just a glimpse of his smell. I searched for every last photo so I could relive the memories they elicited. I listened constantly to our favorite shared songs, and daydreamed about him any time I could.

For months and months, I wrapped my head around anything that kept his spirit near, languishing in our memories. I created a special place in my mind where we could be together, where we could continue our dance… and I never wanted to leave.

I never wanted to leave.

Then one day, finally, I made the choice that everyone who grieves must make: live in the past, dancing with the ghosts – or accept reality, embrace life once again, make new plans, seek the living.

And as I sat there under the gazebo, soaking up the sun, I felt contentment, because I believe there will come a day when I will dance with Rick again, but for now, I know I have more living to do. 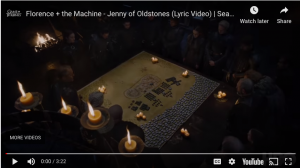 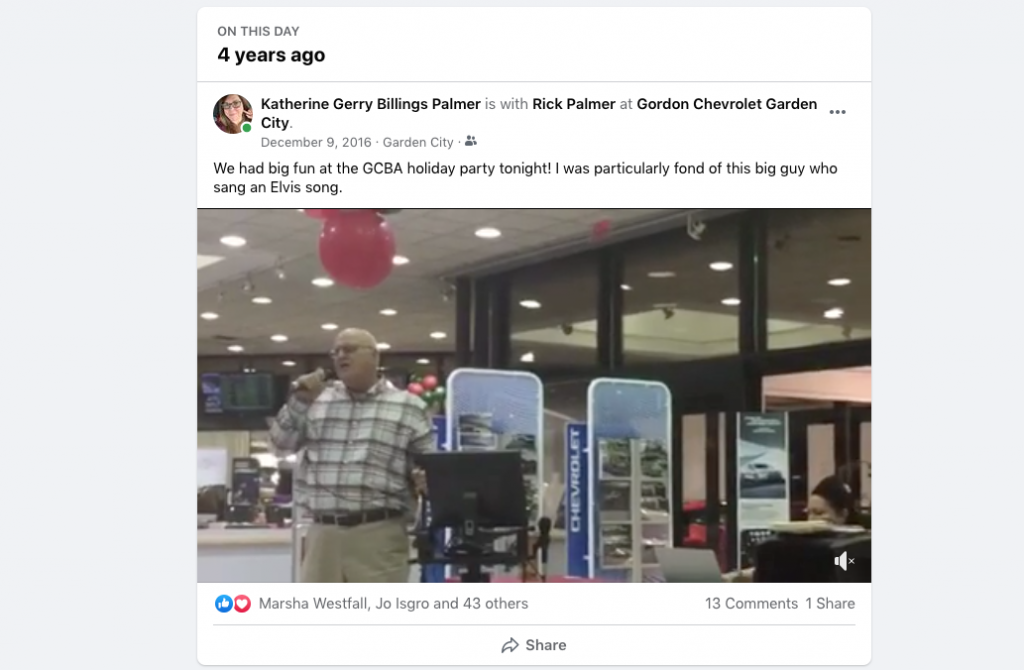 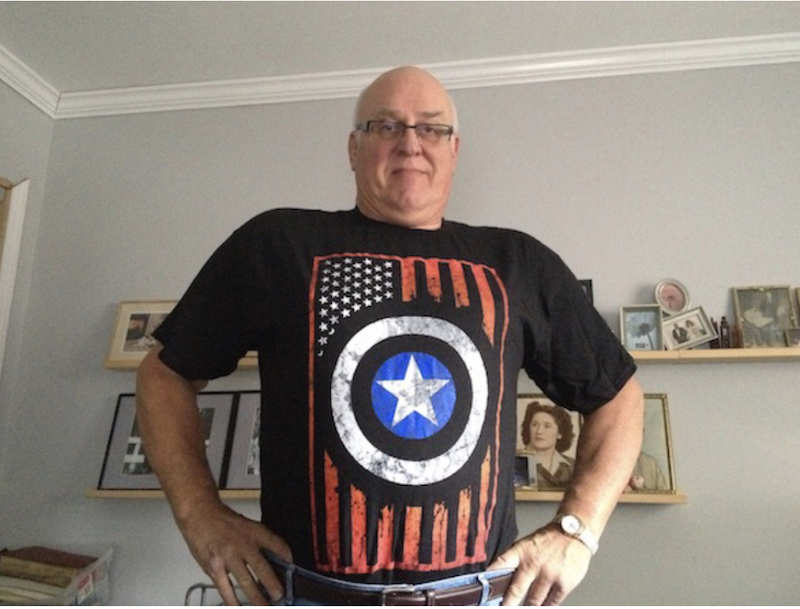 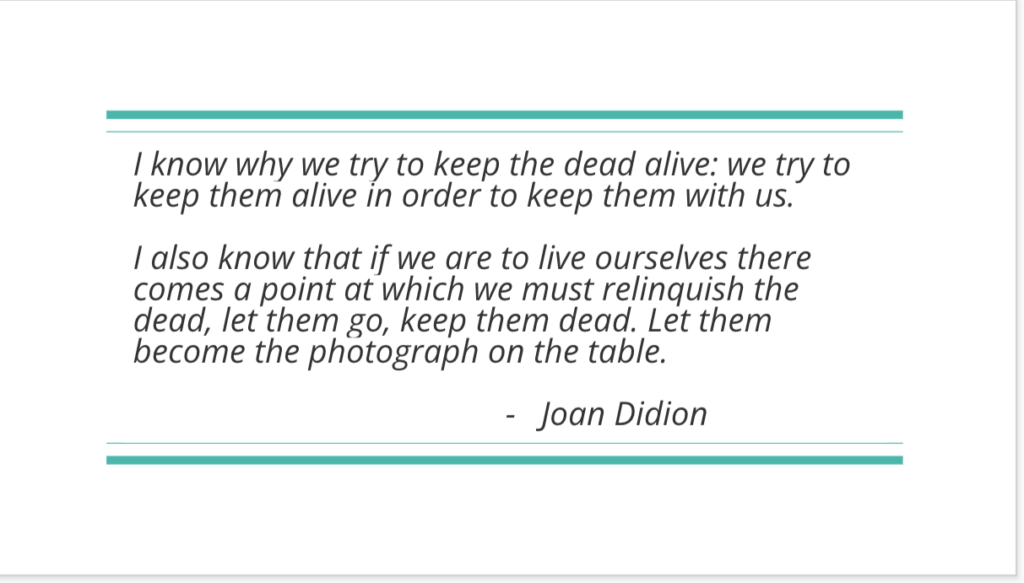