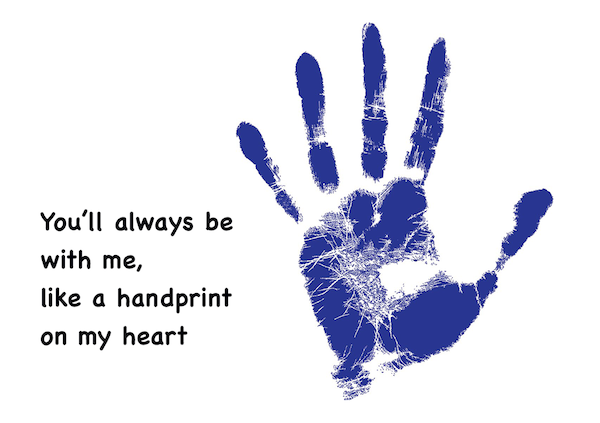 As widowed life becomes “normal,” not every morning is horrible anymore. It used to be – a few short months ago – that the bravest thing I’ve ever done was to get out of bed in the morning and face the day ahead.

In the first month or two after Rick died, I was in some type of fugue state. I lived, breathed, moved, and even returned to work two weeks after he died, but looking back, I realize I wasn’t really there. My body and brain may have been functioning, and I appeared to be alive, but I wasn’t. I was in a place with Rick, some limbo in my mind, where we could stay together a little longer before I had to face the fact that he had to leave me for good.

Partly because of the fog of grief, partly because of a small daily dose of Xanax, it was like I was drifting on a cloud, a horrible black cloud, but all the while, I performed my duties and interacted with the living world.

In that “between” land – between my life and his death – my mind drifted back and forth between the feeling of still being connected to my living, breathing, husband, and the reality of being a lone survivor. I knew I was still alive, and that life requires decisions, communication, interaction with others, and mental effort, so I tried my best to move forward, but my thoughts were still centered around “us.” We, we, we…we did this, we did that. He and I loved this; Rick and I always did that. He was still part of me, very very very much part of me. We were still one. It was almost like he was my shadow, unseen, but still present with me everywhere. I was consumed with the physical loss of someone with whom I had shared every aspect of my being, and kept him very much alive in my mind.

As time went on, I started to become “normal” again, and that was when I had to come to terms with the fact that he was really gone, and I was really alone – and being more conscious of that hurt like hell. As the fog began to lift, the pain upon rising each morning worsened. But I had to live, and I had to work, and I had to rise, so I did.

I have had a fortunate life, a healthy life, and I’ve never experienced the kind of physical or mental pain some people endure every day, constant pain due to physical afflictions: rheumatoid arthritis, neuralgia, fibromyalgia, and other painful conditions, or mental afflictions, such as bipolar disorders or depression. No, I may feel a twinge or two of arthritis pain every now and then, and I’ve been pretty sick a few times, but I’ve never had to conquer pain as a daily challenge when I get out of bed each morning – until Rick’s death, when grieving his loss caused an emotional and constant pain that began upon rising and didn’t abate until I was finally able to fall asleep at the end of a very long, horrible day.

In the past couple of months, that pain has subsided quite a bit. I expect that something will probably trigger a meltdown or two each day, but the tears don’t flow for quite as long, and I am in control of my thoughts most of the time now. Because I feel so much more in control, more “normal,” the grief triggers come as more of a surprise, but I’ve accepted the reality: Rick is dead and I am not. I still feel a connection, but it’s dwindling – which in itself is a painful realization. In all honesty, I’m not sure I want to accept that my life has gone on, because being with him was everything I’ve ever wanted my life to be.

So, today, I arose, and it was a “new normal” morning: Yup, Rick is still dead – acknowledged and accepted – now time to get ready for work. I grabbed my robe and headed for the shower. Once in the tub, I had finished lathering and rinsing my hair, and I turned to face the shower spray. I happened to glance up, and I noticed something I hadn’t in the past ten months since Rick’s been gone. There, against the white tile, was a faint, shadowy handprint. A large handprint. Rick’s handprint.

For some reason, this was a punch to my gut. Besides a commentary on my cleaning skills (or lack of), it stunned me to see it. Just when I fear that he’s fading from my life, that all evidence of him will soon be gone from our home, I see this? My larger-than-life husband’s larger-than-life handprint at nearly the ceiling level of our shower?

And, wow, did it take me back. My mind spiraled back to the many times I watched him shower in our 21 years together. I had an acute vision of all six foot, five inches of him, covered in suds from the top of his large bald head to his size 14W feet, and he was a sight to behold. At my “normal” height, I had never in my life had a problem with the position of a showerhead on a wall, but Rick, of course, needed one that was a foot higher than most, if he wanted to shower comfortably (and not just rinse himself from mid-chest or below).

But, whatever the height of the shower head, he’d always have to duck to rinse the top of his head. And while doing so, he’d brace himself using one hand against the very top of the wall in front of him – at nearly ceiling level – before lowering his head under the water’s spray, and using his other giant paw to sluice the water back and forth over the top of his head, then down across his face, from forehead to chin (all while emitting a loud, pleasurable sigh).

As I stared at the handprint, and envisioned the probability of how it got there, the memory brought me both pleasure and pain. One minute I was showering, the next, tears mingled with the spray of the shower on my face. I could picture him vividly, and it hurt to be reminded once more that I’d never see or touch that large soapy body again.

When the tears had subsided, I began to study the handprint. Yup, I’m positive it’s in the exact location where his hand would have rested. I’m not even sure what the handprint is made of – I think that part of the wall – where wall meets ceiling – is dusty and the print from his wet hand left a clean spot. I know I never reach that high when cleaning the shower, because only the lower tiles have soap scum. So, here it is, like an archeological artifact – proof that my husband existed. I almost wish I could preserve it somehow. Seal it in paraffin? Make a cement cast? Remove the tiles and frame them under glass?

No, crazy widow, no. At some point, you’re going to have to wash that spot, just as you laundered the sheets and the pillow cases he last slept upon. Just as you discarded the expired food he bought and performed all the other updates and changes you were forced to make since he’s been gone.

Of course, if I think about it, even though I’ve given away his shoes and coats, and tossed out his underwear and socks, I still haven’t gotten rid of the rest of his clothing: his Hawaiian print shirts and superhero t-shirts still hang in his closet. And his last box of sugar-free Altoids is still sitting behind the lamp on the living room table where he left it. I also haven’t touched the things on his nightstand, and a layer of dust is evidence of how long it’s been since he read that book or drank from the empty Gatorade bottle.

So, maybe the handprint can remain on the wall, just a bit longer, until one day in the future, when I’m finally ready to wipe it away. Maybe I’m not quite “normal” yet, after all. 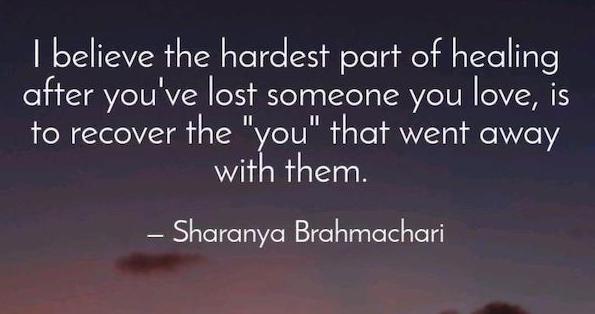 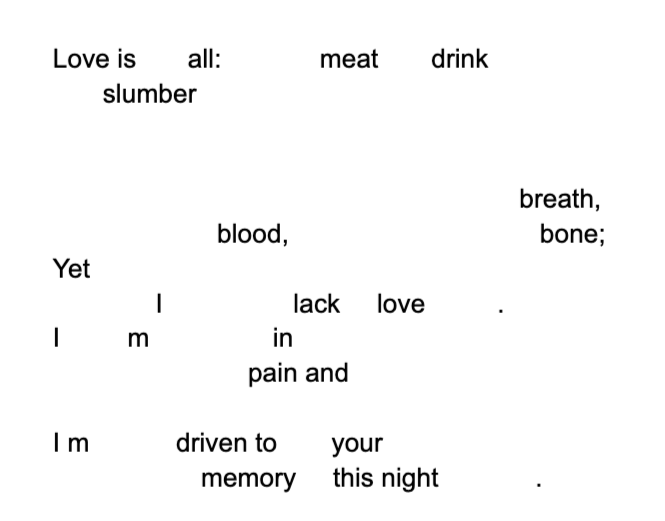