I’ve always been a movie buff. I love them second only to books. It was only natural that I’d seek out some movies that relate to my life now, so I checked out a couple of “widow movies.”

I have to say, they may be lovely romances, but they aren’t something I could really relate to. Man dies. Gorgeous, perfect woman wearing sexy black dress dabs her eyes at a graveside, then within months, maybe a year, in walks a (usually rich) handsome stranger with a beautiful bouquet to whisk her off to a new world of love and romance. Of course, she’s not sure at first if she can love again, but he’s pretty damn handsome – and it’s a romance, after all – so off she goes into the sunset with her new love.

But most of them just used the “widow card” as a means to an end. I didn’t find any I could really relate to.

Reality: Man dies. Frumpy, middle-aged woman is devastated by her loss and sobs uncontrollably at the drop of a hat for a long, long time. Every step forward is laced with guilt, regret, sadness, questions, insecurity, and loneliness. She’s deciding whether to live mired in the past with a shrine to her love in the dining room, or to grit her teeth, give all his stuff away, and jump totally into the “new normal” towards some unknown and scary future. Or – she’s somewhere in between these two irrational responses – vacillating between being mired in grief and hope for future happiness: one step forward, two steps back.

But, whatever the reality of widowhood is, and it’s different for each widow, in my opinion, “widow movies” rarely seem to get it right. In the past year, after delving into a few of them, hoping to find something I could relate to, or something that would give me hope, or even just a little escapist enjoyment, only a couple have seemed to get it right.

The first one that I dared to watch shortly after Rick died wasn’t a true “widow romance,” but it did affect me deeply. It was an artsy, odd, indy-type movie about a man who died, but from HIS point of view. A Ghost Story was one of the oddest movies I’ve encountered, and, as I said, I’m a pretty avid movie buff. I watched it early in my grieving process – about a month after Rick died – and I have to say it was depressing and I enjoyed it. Odd, right?

Learn more about A Ghost Story.

A Ghost Story (2017) starred Casey Affleck (mostly in a sheet) and Rooney Mara. I’ll admit up front, that it was one of the sloooowest movies I’ve ever seen, and I happily endured all three hours of Barry Lyndon in my youth (my mom and aunt were not at all as enthusiastic about the movie and left the theater after about an hour to wait for me in the Big Boy restaurant next door). But besides moving at a painfully slow pace, A Ghost Story is also surreal – the ghost was of the actual white sheet variety with giant eye holes, the kind I wore trick-or-treating when I was eight.

Maybe I’ve always had slightly odd taste in movies, or perhaps because I was in my first weeks of a zombie-like state of grieving… the slowness, the plodding, the surrealness of the movie were all what drew me to it and made me like it. This is not a movie you can watch or enjoy with half of your attention span. No playing with your phone, or doing a jigsaw puzzle, no crocheting or knitting allowed – you need to focus on every agonizing minute to really appreciate it. Time and reality are suspended in this somewhat crazy plot – just like my experience with grief.

So, here I was, newly widowed, experiencing a one-cut take of what seemed like ten continuous minutes watching a grieving widow eat an entire pie while sitting on the floor in front of her refrigerator. It was agonizing and sloooow and meta, but it also seemed very real to me. I’m not actually fond of pie, but I was totally in agreement with the sentiment, that she was in a zombie-like state and starving for relief. That she was miserable, and sad, and focused on something as dumb as gorging herself on this pie, trying to fill a void, trying to process her grief, trying to….I don’t know,…find comfort? and striving as hard as she could to do so.

And that’s just one painful scene. Besides a very realistic portrayal of the widow, the rest of the movie focuses on this ghost, who loved this woman beyond life itself – for eternity –  and spent his days and nights just watching her in her misery and her grief. He was reaching out to her, feeling for her, wanting to comfort her – and, ultimately, watching time tick slowly by as he waited for her to die and join him. Was this what Rick was doing? I wondered. And it made me imagine him longing to comfort me in the “other world” as he watched me grieving for him. I’m sure the movie is not everyone’s cup of tea, but as a new, raw widow, most of the story transported and comforted me.

So, that’s one movie – a very early “widow movie” that spoke to me. It guess if I had to sum it up, I’d say perhaps I liked it BECAUSE the movie was miserable. You know, as they say, “misery loves company.” I enjoyed being engulfed in misery with the characters in the movie, both in the human and spirit world. It was the one movie that I related to in my early grief stages.

I watched a few more movies of the Hallmark variety during the Christmas season, and meh – lots of gorgeous widows being rescued by handsome men. But last week, I watched another movie that spoke to me as a widow: P.S. I Love You (2007), with Hilary Swank, Gerard Butler, Harry Connick, Jr., Kathy Bates, Lisa Kudrow, and Jeffrey Dean Morgan.

Learn more about P.S. I Love You.

I don’t recall this one being in the theatres at all, but I may just have missed it. Like most movies, this one had it’s pros and cons as a flick, in general. I really had a difficult time with Gerard Butler being cast as a singer – kind of reminded me of Russell Crowe in Les Miz, and that is not a compliment. But, as a widow movie? Loved just about everything about how they handled it.

This widow did not get over her husband’s death cleanly or romantically – she didn’t even shower for weeks. When her friends popped by unexpectedly several weeks after the memorial, they found an unwashed widow, singing along frantically with vintage black and white movies, sitting in a garbage pit of an apartment. There was a joke about the foul stench in her apartment being her body odor. You know – real widowhood, the kind where you say, who the hell cares about anything in life? My husband is dead, so world, take a hike.

Okay, I have to say in my defense that, in reality, after Rick died, I did shower, and I returned to work after a week, and my house didn’t smell – as far as I recall. However, if I hadn’t had to return to the world of the living? I would have been sitting in my stink, lost in old movies, barely living, just like Hilary Swank was.

So, that was only one part of it, but the movie hit so many nerves – people wanting her to move on, her trying to find a new goal, her having a difficult time creating a new life for herself, her missing sex, and her trying to imagine ever having another relationship. There was even one part where she cries that no matter what she finds to look forward to in her future, none of it will ever make her happy because her husband wasn’t there to share it with her – reality, right? I can’t count the number of times I’ve had that thought.

But in addition to the way they portrayed the widow, the overall concept of the movie even appealed to me, and probably most widows would agree. Her husband sent her a series of letters with tasks he wanted her to do – from beyond the grave. Apparently (although probably not realistically) he had written up and planned all this future correspondence while dying slowly from cancer. Suspending disbelief to accept that premise was easy because it was so enjoyable – yet bittersweet – to imagine receiving those letters. I’ve been starved for communication with Rick since the day he died, and the idea of him having sent his love and advice to keep me going after his death is a lovely idea that I’d embrace wholeheartedly.

So, I DID suspend disbelief and I enjoyed the letters the widow received, her response to them, and how they led her toward a future where his letters helped her to come to terms with his death, and accept her future without him. The fact that HE was the one who had helped her to do this was romantic and loving, and made this my number one favorite widow movie – despite the awful singing. This movie GETS IT.

Well, I think I’m done taking on the unusual role of “widow movie” critic. Hmm… It just occurred to me that I haven’t watched The Ghost and Mrs. Muir since Rick died. Since it was one of my favorite romance movies years ago, maybe I’ll give it a rewatch. Let’s see if that one gets widowhood right. If not, I guess I’ll give up and just go back to watching the latest Marvel movies. 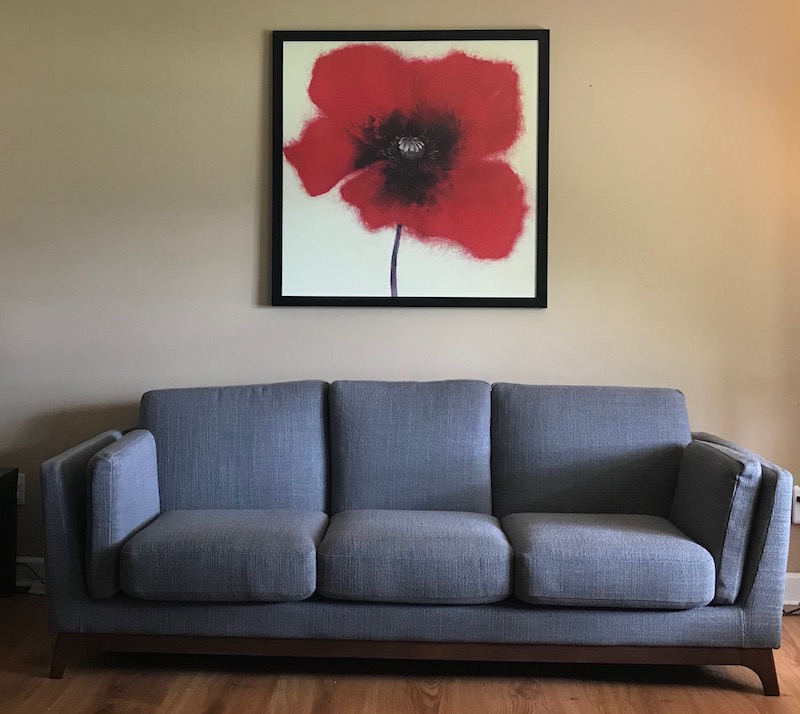 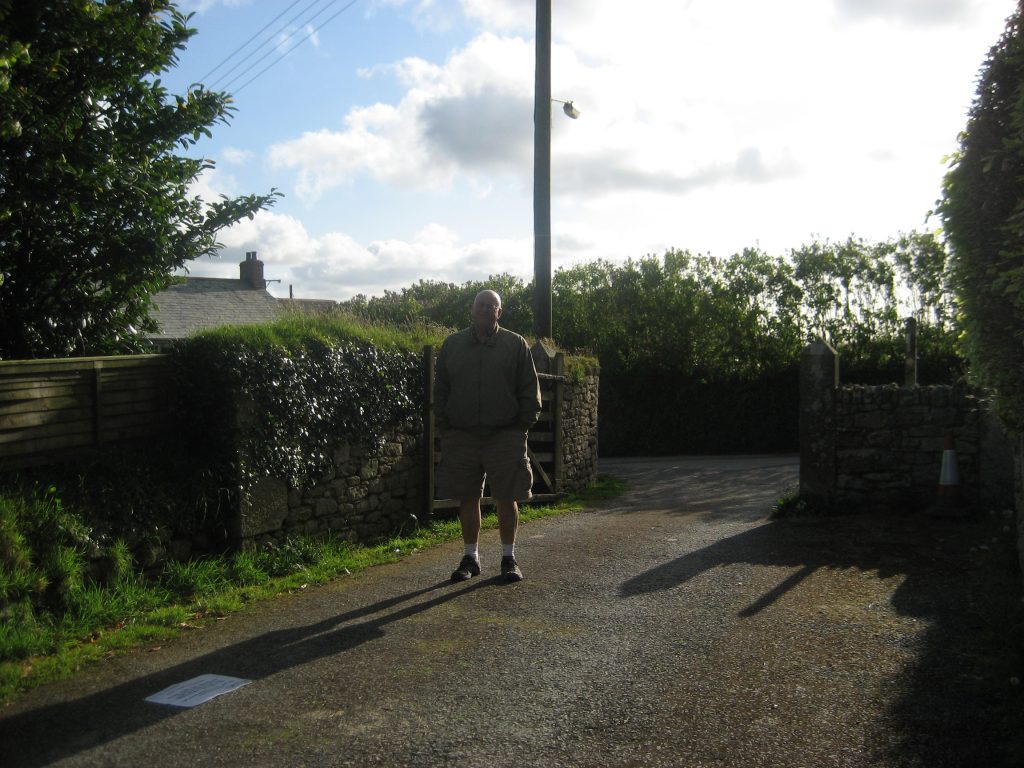 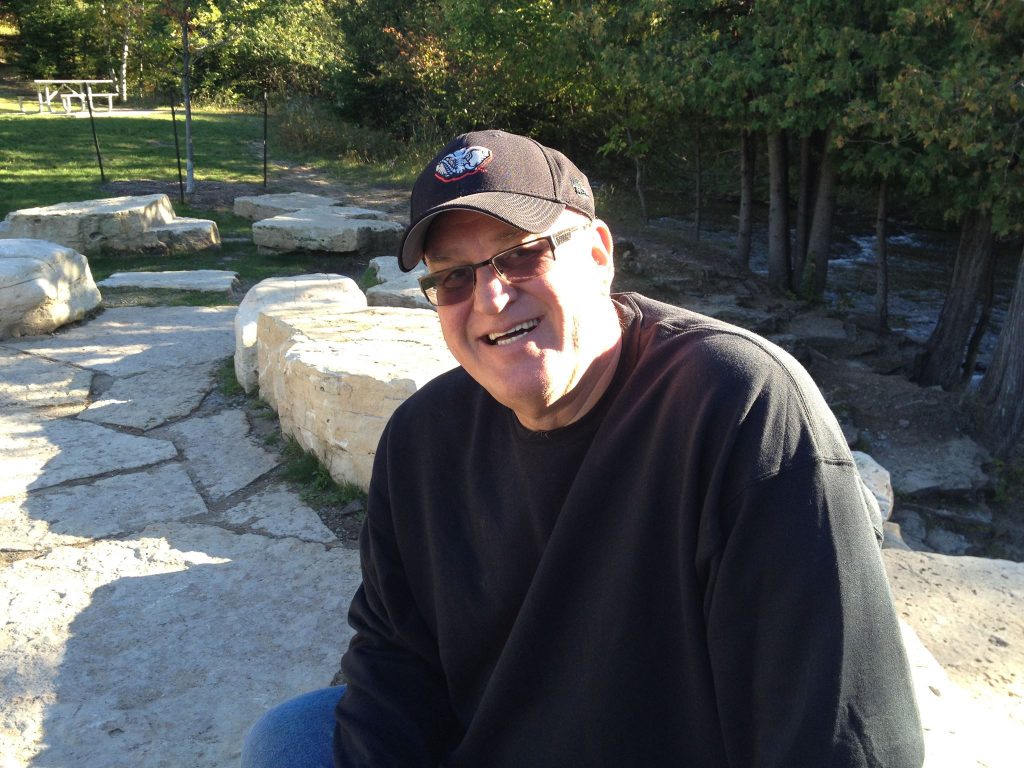